About The AFI Research Collection 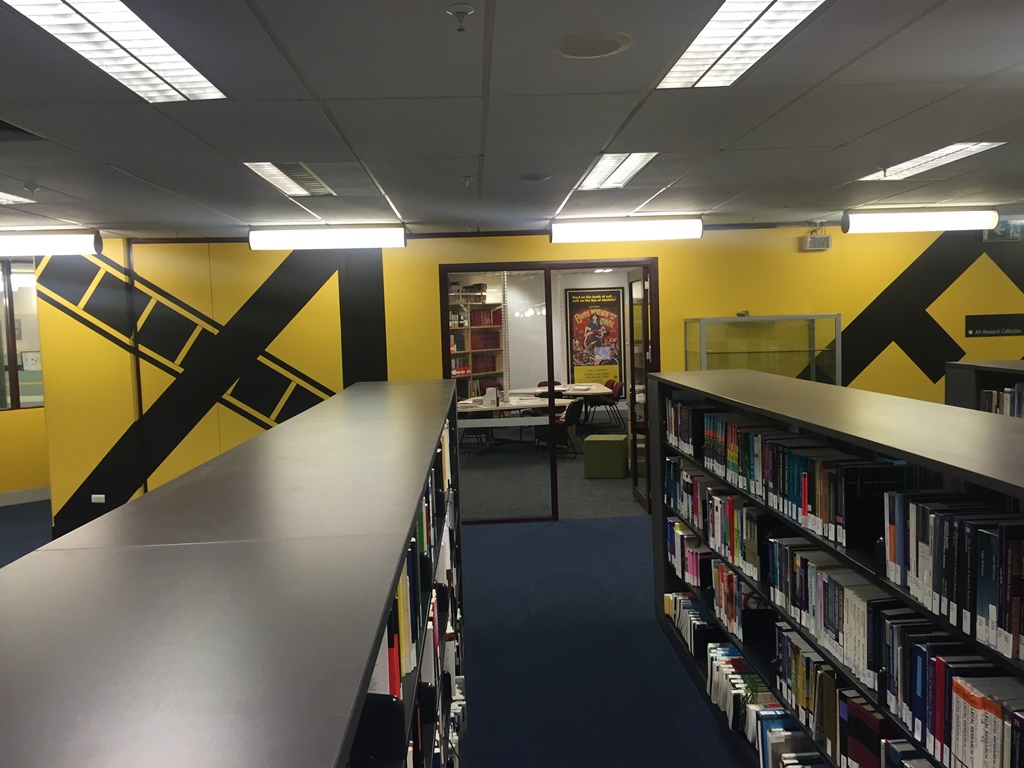 About The AFI Research Collection
The AFI Research Collection is a specialist film and television industry resource situated in the Swanston Library at RMIT Melbourne city campus. It has materials encompassing cinema and television from the world over (with strengths in screen theory and history and in Australian cinema) and features a diverse range of newspaper clippings files, books, journals, film and television scripts, directories, reports, film promotional material, and film festival catalogues.

Our History
The collection was established in 1978 as the Australian Film Institute’s library, located in Cardigan Street, Carlton. Later that year a joint venture between the AFI and the Victorian Federation of Film Societies expanded the library’s resources. The library was named the George Lugg Library after a founding governor of the AFI and the Federation, whose collection of information resources formed the core of the library. In 1982 the library was renamed the AFI Research and Information Centre.

A second, notable part of the original library resources was a rare collection of books on pre-cinema and early cinema history, part of the valuable David Francis Collection (Francis was a curator of Britain’s National Film Archive), purchased by the Victorian and Australian governments in 1975. The early cinema artefacts in this collection are now housed at Scienceworks Museum in Melbourne. The Library also maintains a unique collection of film and personality clippings which form the basis of its research services to the media and public.

In December 2002 the AFI Library moved to RMIT University where it was relabelled as the AFI Research Collection. It now operates under the auspices of RMIT Culture and continues to provide resources and research services to the general public, the media and members of the Australian film and television industries.

The fellowship has been designed to showcase the unique holdings of the AFI Research Collection which include special collections, film stills, newspaper clippings and other significant artefacts from the Australian film and television industry.

The AFI RC gladly acknowledges the support of the School of Media and Communications at RMIT University and the AFIRC Committee for the funding and administration of the AFIRC Research Fellowship.

Apply for the Fellowship here

It is always possible that items included in your donation do not meet the needs of our collection development policy. Before accepting a donation, Collection staff will assess its value to the Collection.

For further information, or to arrange to make a donation please contact the Collection librarian.