Conference – Wentworth is the New Prisoner 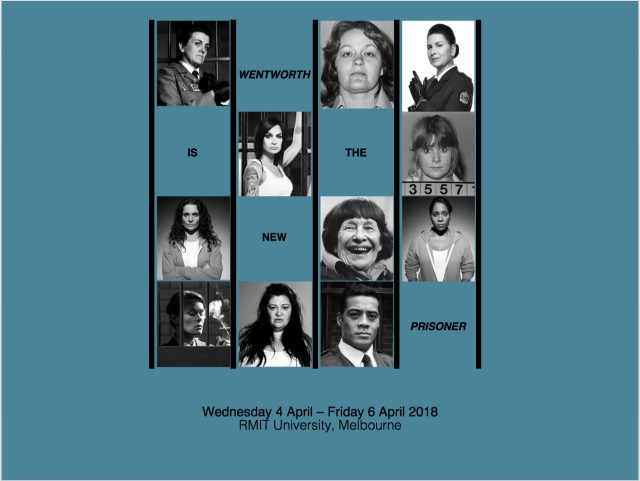 Wentworth (aka Wentworth Prison) is an award winning Australian prison drama series now in its fifth season and recently renewed for a sixth season. It screens in Australia on Foxtel, in the UK on Channel 5 and in the USA on Netflix.

The series was inspired by Prisoner (aka Cell Block H),a ground-breaking drama produced between 1979 and 1986, which was internationally successful and led to a cult following. Set in a women’s prison in contemporary Melbourne, Wentworth dramatises current cultural and political issues, and provides a rich example of creative and industrial screen practice that can often be read in the context of its predecessor, Prisoner. This conference unites those who study and are fans of Wentworth and Prisoner, with those who are or who have been involved in making the series, with the aim of generating a lively exchange of critical and creative ideas.

This paper aims to place the iconic Australian series Prisoner/ Wentworth within a broad, historical context of the ‘prison drama’ genre. By creating a timeline of programs that are set mainly within the walls of a prison or that use prison as a primary subject; we aim to identify locate and contextualise programs that precede and follow Prisoner. This timeline will also include television shows where prisons are considered a significant if not a central theme.

Wentworth is the New Prisoner
a two-day international conference

This entry was posted in Event. Bookmark the permalink.