Prof. Tom O’Regan on the history of Film Reviewing 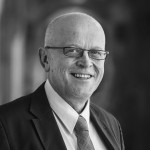 The advent of the sound cinema transformed the relation between the cinema and film writing. In the silent period the film was part of a larger ensemble of elements and was, as such, a semi-finished product needing to be completed by the local provision of film’s musical and sound accompaniment and live performance events. While these circumstances encouraged film writing in general interest print and radio to develop it would need the sound cinema with its tidy separation of cinema from live performance to see the development and wide extension of film reviewing. While both silent and sound cinema relied upon the central figure of the cinema theatre as a stable place for the continuous mounting of films the sound cinema’s distinctive form of theatrical exhibition encouraged the recognition of the cinema as a distinct cultural form. In this context the consolidation and the extension of the film review was very much part of a process by which newspapers and magazines improvised their new relation to what was for all intents and purposes a new medium. This allowed a thoroughgoing film criticism to emerge through the extended film review that has had lasting value and ongoing significance.

Tom O’Regan is Professor of Media and Cultural Studies at the University of Queensland. He has written widely on Australian film and television, the emergence of globally dispersed film and television production, and audience measurement. This paper draws on research undertaken with Huw Walmsley-Evans on how successive screen media transformations have shaped the nature and character of film writing as part of an ARC Discovery project theorizing media transformations. He visited the Digital Ethnography Research Centre at RMIT University from the 26th June to the 19th July.

This entry was posted in Videos. Bookmark the permalink.